OUR CLUB’S MANY ACCOMPLISHMENTS:

Since our Club’s inception in 1994, the Club has increased the number of members and we are now one of the largest and most successful Clubs in Canada.

Beginning members’, with or without skating experience, make great strides in a very short period of time learning the skills and technique of Speed Skating.  Through practice and games they gain confidence and skill in Speed Skating.

As a Recreational skater our members continue to fine tune their Speed Skating technique and increase their speed while practicing and participating in many of the Clubs’ races within their group, Club Mini Meets and out of town Competitions.

Our Competitive members strive for Personal Best times in their distances raced at either Regional Series or Provincial Series Competitions.  Their goal is to improve and fine tune their skating and racing technique which then allows them to increase their speed.

For our members who choose to compete, there are approximately 4 Regional and 4 Provincial Series Competitions in which for them to participate.  In the last several years the Oakville Speed Skating has registered more Club members in these Competitions than any other Club in the Province.

Our Club is also very proud of 3 of our Alumni Members currently competing at the very highest level of Competition in the World the Short Track World Cup Circuit: Patrick Duffy, Ryan McAnuff and Sean McAnuff.

Our Club recognizes our members many accomplishments with an Awards Night and Banquet held at the end of each season. 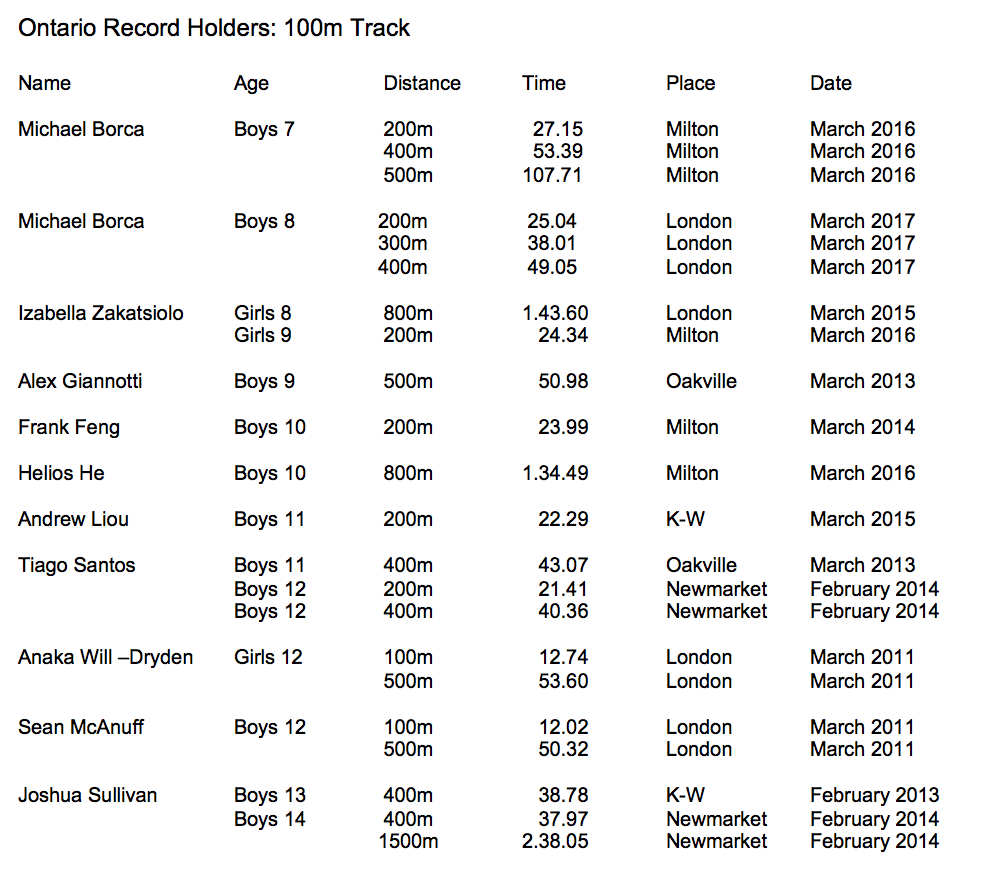 Ryan McAnuff received a Athletic Sports Scholarship Bursary of $1000.00 from the Sports Hall of Fame in 2012.  Ryan is pursuing his Short Track Speed Skating while away at University.
Community Spirit Award:

Is an award given by the Town of Oakville to honour individuals of the community who help create a neighborhood or community where people feel a sense of belonging and responsibility to each other, and are active participants in its development.  Two of our members have received this award for their dedication and volunteer service given to the Oakville Speed Skating Club under the Sports

The Sports Recognition Award recognizes volunteers, coaches and athletes for their outstanding contribution to their sport.  These individuals demonstrate outstanding dedication in their capacity to Speed Skating. 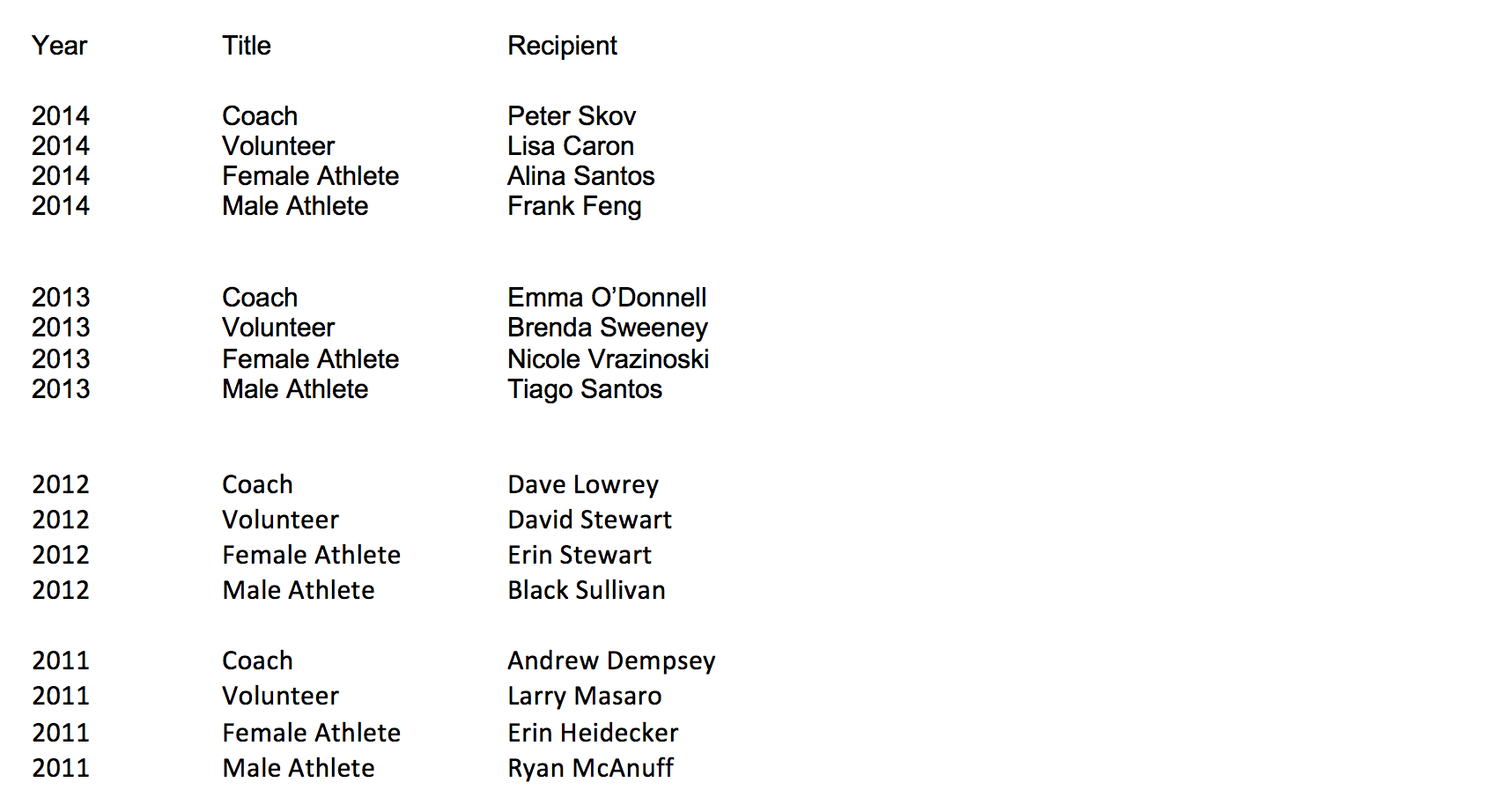